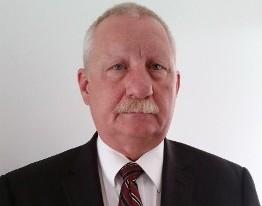 Born and raised within the Fords community of Woodbridge Township, Jerome knew very early on he was called to serve as a funeral director. He is a 1975 graduate of Woodbridge High School and has always been an active member of the local community. Jerome was a 25 year member of the St. John's First Aid Squad, serving two terms as President and had served as Captain in 1986, responding to over 6700 calls throughout his volunteer career. He is also a member of the Fords Fire Co. for the last 25 years, serving as a line officer for 6 years and as Chief in 2002.

He had worked for the Middlesex County Medical Examiner's Office for over 15 years, and is an EMS Coordinator for Woodbridge Township Emergency Management. He has chosen to call Fords home for over 50 years and is proud to do so. Jerome enjoys family time, motorcycles, and the outdoors. Anyone who knows Jerry, knows he is dedicated to helping others and his community.

Jerome T. Prybeck, began assisting his father, as a young man, in any way he could. He received his funeral director's license in 1979 and became his father's right hand from there on out. In 1988, Frank's daughter, Gretchen, was also licensed and quickly became an integral part the family business. With the loss of their father in 1999, Jerome and Gretchen remained dedicated to upholding the ethics and values so proudly passed to them from previous generations.