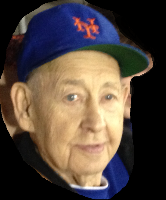 Richard E. Hardish, 82, of Hopelawn, passed away Sunday, February 21, 2016 at the J.F.K. Medical Center in Edison. Mr. Hardish was born in Monessen, PA and had previously lived in Perth Amboy and Sewaren before moving to Hopelawn thirty seven years ago. Mr. Hardish was a US Army Veteran serving from 1957 through 1963. He was employed by UPS in Edison for five years before retiring in 2001. Previously he had been a Delivery Manager with Watchung Spring Water in South Plainfield for many years. Richard had been a pitcher with the Philadelphia Athletics minor league baseball organization. He was an avid sports fan, loyal to the NY Mets and NY Giants. He loved participating in various sports. Surviving are his loving wife of fifty nine years, Elsie Hardish, his two sons: Richard Hardish and companion Donna, and John Hardish and wife Danielle of Morganville, his daughter: Susan Keyasko and husband Kevin of Sayreville, his sister-in-law: Valerie Breyta, brother-in-law: Richard Hajzer and many nieces, nephews and friends. Richard also leaves behind his beloved pet dog Casey. Private funeral services were entrusted to the care of the Mitruska Funeral Home, Inc. 531 New Brunswick Ave. Fords. Memorial donations may be made to a charity of one's choice. The family is grateful to his many doctors, as well as the technicians and staff of Davita Dialysis in Woodbridge.