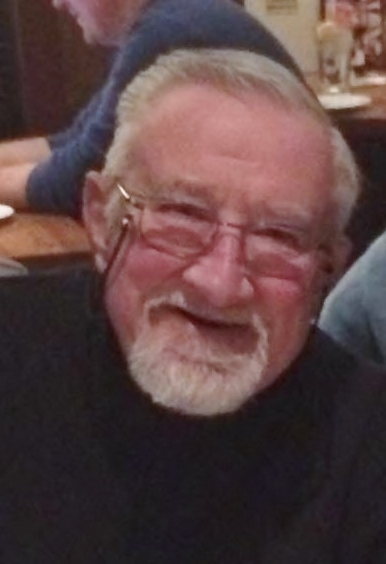 Please share a memory of Gordon to include in a keepsake book for family and friends.
View Tribute Book

Gordon R. Koncsol, 78, of Woodbridge, passed away Wednesday, September 5, 2018 at the JFK Haven Hospice in Edison. Mr. Koncsol was born in Perth Amboy to the late Steve and Barbara Koncsol and had previously lived in Perth Amboy before moving to Woodbridge twenty-three years ago.

Gordon was a US Air Force Veteran.

He was a career fireman serving with the Perth Amboy Fire Department for twenty-six years before his retirement in 1994. He was a member of the Perth Amboy Exempt Fireman's Association.

Gordon was member of numerous softball leagues throughout the years, most recently he played with the 70's & Older League in Old Bridge. He was an avid runner and had run many marathons.

He was a member of the St. Paul's Evangelical Reformed Church in Perth Amboy.

He is survived by his wife of ten years, Dolores Huff Ortega, his son Kevin Koncsol of Portland, Oregon, two daughters Karen Estok of Manalapan and Kim Koncsol and her husband Dan of East Brunswick, his brother Philip Koncsol and wife Carol of Edison, his sister Gail Pantozzi and husband Ralph of Union, his four grandchildren Jesse, Heather, Zach and Luke, his three great grandchildren Avery, Jaxon and Jason and also by many nieces and nephews.

Funeral services will be held Monday at 11 am, officiated by The Rev. Dr. Benjamin Alicia, at the Mitruska Funeral Home, 531 New Brunswick Ave. in Fords. Interment will follow in the Cloverleaf Memorial Park Cemetery in Woodbridge. Visitation hours will be held Sunday from 2-4 and 7-9 pm. A Christian Wake service will be held Sunday evening at 8 pm.  The Perth Amboy Fire Department and Exempt Association will gather to pay respects Sunday evening at 7:30 pm.  Memorial donations may be made to the St. Paul's Evangelical Reformed Church, 231 1st St., PO Box 1160, Perth Amboy, NJ 08862-1160.