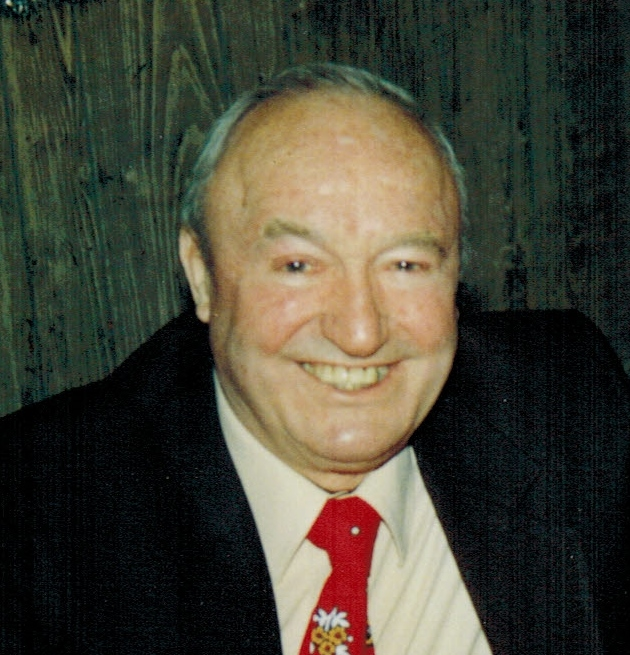 Please share a memory of Joseph to include in a keepsake book for family and friends.
View Tribute Book

Joseph S. "Skip" Kaschak, 97, of Edison, passed away peacefully Saturday, April 20, 2019 at PowerBack Rehabilitation in Piscataway. Joseph was born and raised in Perth Amboy with his six sisters and brothers and had lived in Edison for the last fifty-four years.

He is predeceased by his parents Joseph and Mary Kaschak, his brothers: Walter, Andrew, and Michael and sisters; Helen, Mary, and Elizabeth, and also by his grandsons David and Trevor.

Joe graduated from Perth Amboy Vocational School and worked in the CC Camps. He later worked as a supervisor at the Raritan Arsenal before entering WWII.

During WWII, Skip, as he was affectionately known, served with the US Army as a Corpsman at a military hospital in Louisana and in Germany and Czechoslovakia as an infantryman, receiving the rank of Sergeant. He was the recipient of many medals, including the Bronze Star. Skip was honored by Edison Township for his military service by having a street named after him. Following his service with the Army, he continued his service to our country as a reservist for the US Navy. He was very proud of his military service and would often speak about it. He was an active member of the Hopelawn VFW Post 1352 and had served as captain of the Color Guard.

He was employed by Ford Motor Company in Edison for over thirty and a half years before his retirement in 1978.

He was a lifelong parishioner of St. Michael's Byzantine Catholic Church in Perth Amboy, member and past president of the St. Michael's Holy Name Society, and also of the Senior Citizens Club.

Joe was a committee man for the Edison Democratic Organization, District 22 for many years.

Joe was a dedicated husband and father who loved spending time with his family. He is survived by his loving wife, of fifty four years, Elvera "Joyce" (Tarnowski) Kaschak, his three sons: David Tarnowski and wife Lori of Brick, Randy Tarnowski and wife Bette Jo of Crystal River, FL and Scott Kaschak and wife Kim of Edison, his five grandchildren Randy, Timothy, Scott, Gabriela and Amanda, and his five great grandchildren. He was also uncle and great uncle to many nieces and nephews.

Funeral services will be held Monday 9:30 am at the Mitruska Funeral Home, Inc., 531 New Brunswick Ave., Fords. Followed by a 10:00 am service of Divine Liturgy at the St. Michael's Byzantine Catholic Church in Perth Amboy. Interment will follow in the Brigadier General William C. Doyle Cemetery in Wrightstown. Visitation hours will be held Sunday, April 28, 2019,  from 2 - 6 pm.