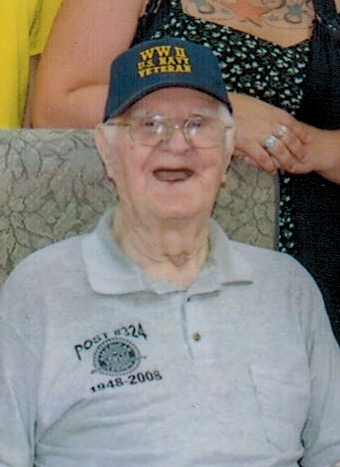 Please share a memory of Steve to include in a keepsake book for family and friends.
View Tribute Book

Steve John Kibala, 97, of Edison, passed away Friday, September 6, 2019 at the JFK Haven Hospice in Edison. Mr. Kibala was born in Perth Amboy to the late Unufry and Zofi Kibala and had previously lived in Perth Amboy before moving to the Clara Barton section of Edison sixty years ago.

Mr. Kibala was a US Navy Veteran of WWII. He was a member of the American Legion Clara Barton Post 324.

He was employed by Raritan Copper Works in Keasbey for twenty four years before retiring in 1969.

Steve was an avid baseball fan. In his younger years he had played the position catcher in the Triple A baseball league and became a diehard Cardinals fan.

He was predeceased by his beloved wife, Esther in 1994 and also by two sons, Michael and Stephen.

Surviving are his six grandchildren and their spouses: Cori and Nick Matusek, Evan Kibala, Haley Kibala, Daniel and Laura Kibala, Brian and Colleen Kibala and Eric and Erin Kibala and seven great grandchildren.

Family and friends are invited to attend the visitation services which will be held Monday at the Mitruska Funeral Home, 531 New Brunswick Ave. Fords, from 4pm to 7pm Private cremation services will follow.