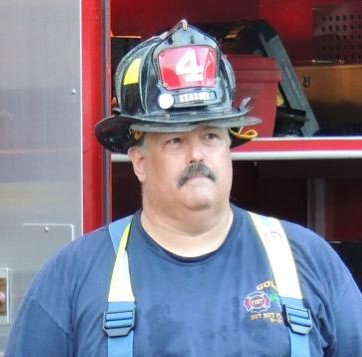 Please share a memory of Gary to include in a keepsake book for family and friends.
View Tribute Book

Gary William Batista, 61, of South Amboy, passed away Sunday, September 8, 2019 at the Hackensack University Medical Center. Mr. Batista was born in Reno, NV and had lived in Hopelawn before moving to South Amboy twelve years ago.

Gary was a US Marine Corps veteran.

He was an EMT. He was employed by the East Brunswick First Aid Squad as Captain. Previously he devoted over forty years as a Raritan Bay EMS and Firefighter.

He was a member of the Keasbey Fire Protection Co. #1, where he also served as president.

He was also a member of the Grace Lutheran Church in Perth Amboy.

He was an a member of the Boy Scouts of America Troop 57 of Hopelawn and had proudly obtained the rank of Eagle Scout.

Gary was predeceased by his father Manuel Batista in 1985 and his brother Joseph G. Batista in 2016.

He is survived by his loving wife, of 19 years, Eileen Johnson Batista, his mother Myrna Batista of Hopelawn, his brother: Brian Lee Batista of Mt. Pocono, PA, his sister: Kathleen Pasquale and her husband Bart of Shallotte, NC, and several nieces and nephews and great nieces and nephews.