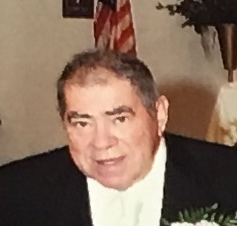 Please share a memory of John to include in a keepsake book for family and friends.
View Tribute Book
John T. Kostu, 85, of Winter Garden, passed away Friday, December 20, 2019 at The Sheridan at Windermere in Windermere, FL. Mr. Kostu was born in Perth Amboy to the late John and Margaret Kostu and had previously lived in Lived in Hopelawn for Forty Years before he moving to Winter Garden nine years ago. Mr. Kostu was a US Army Veteran of Korean war. He was employed by General Motors in Linden NJ. for forty seven years. John was a member of the Divine Mercy Parish - Church of the Holy Family in Carteret, the American Legion Post 63, Carteret and Post 263 Florida. He was also very active in the Hopelawn Youth Organization. Mr Kostu was predeceased by his first wife Blanche in 1988, a sister Margaret Niedzwicz in 2006 and a brother Ted Kostu in 1991. He is survived by his loving wife of thirteen years, Lorraine Kostu, his two sons, John W. Kostu and his wife Michelle of Hopelawn, and Luke R. Kostu of Hopelawn, a step son, Marc Hudak and his wife Francis of Delaware, a step daughter, Carolyn Ellenback and her husband Neil of Florida, and five step grandchildren, Andrea, Kaitlyn, Jason, Noah and Luke. A funeral mass will be held Saturday 9:30 am at the Divine Mercy Parish - Church of The Holy Family, Emerson St. in Carteret. Interment will follow in the St. Michael's Cemetery in Fords. Visitation hours will be held Friday from 7 to 9 pm. at Mitruska Funeral Home 531 New Brunswick Ave. Fords. In lieu of flowers memorial donations may be made to The American Legion.
Friday
3
January

Share Your Memory of
John
Upload Your Memory View All Memories
Be the first to upload a memory!
Share A Memory
Plant a Tree