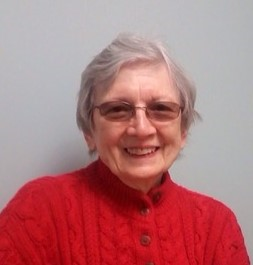 Please share a memory of Irene to include in a keepsake book for family and friends.
View Tribute Book
Irene O. Gregowicz, 93, of Perth Amboy, passed away Sunday, April 19, 2020 at the Robert Wood Johnson University Hospital Somerset in Somerville. Mrs. Gregowicz was born in Perth Amboy to the late Stephen and Mary Dohanyos and had lived all of her life in Perth Amboy. Mrs. Gregowicz was employed as a secretary by Syncro Machine Co. in Perth Amboy for twenty-seven years before retiring in 1971. She was a member of St. Michael's Byzantine Catholic Church in Perth Amboy and also of the Rosary Society and Sunshine Club of the church. Irene was predeceased by her beloved husband Emil in 2002, three sisters, Mary Filyo, Elizabeth Pellegrino and Aurelia Ann Johnson and by three brothers Steven Pivarnyik, Zoltan Dohanyos and Ernest J. Dohanyos. She is survived by her nieces, Deborah Behar and Cathy Knoke and several other nieces and nephews. She was beloved by her whole family. Private funeral services were held under the direction of the Mitruska Funeral Home, Inc., 531 New Brunswick Ave., Fords. Interment took place in the St. Michael's Cemetery in Fords.