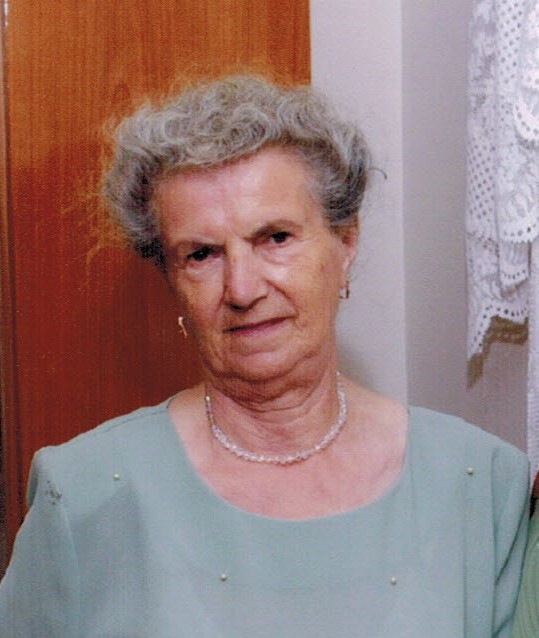 Please share a memory of Helena to include in a keepsake book for family and friends.
View Tribute Book
Helena (Lyszyk) Kawanka, 95, of Fords, passed away Friday, July 2, 2020 at the Raritan Bay Medical Center in Perth Amboy. Mrs. Kawanka was born in Paszowa, Ukraine to the late Grzegorz and Barbara Lyszyk. Helena came to the US in 1972 and had resided in Perth Amboy before moving to Fords one year ago. She was employed in the housekeeping department of the Roosevelt Hospital in Edison for twelve years prior to her retirement. Mrs. Kawanka was a member of the Ukrainian Catholic Church of the Assumption in Perth Amboy. She was predeceased by her son Mikolaj Lyszyk, a sister and three brothers, the most recent being her brother Nicholas Lyszyk in 2019. Helena is survived by her daughter-in-law, Maria Lyszyk of Fords, with whom she lived, her three grandchildren; Martha Lyszyk, Andrew Lyszyk, and Lesia Chrominski, and seven great grandchildren. Funeral services will be held Tuesday 9:30 am at the Mitruska Funeral Home, 531 New Brunswick Ave., Fords. Followed by a 10:00 am service of Divine Liturgy at the Ukrainian Catholic Church of the Assumption in Perth Amboy. Interment will follow in the Assumption Cemetery in Hopelawn. Visitation hours will be held Monday from 4 to 6 pm. Parastas service will be held Monday afternoon 4:00 pm at funeral home. Memorial donations may be made to the Ukrainian Catholic Church of the Assumption, 684 Alta Vista Place, Perth Amboy, NJ 08861.
Monday
6
July