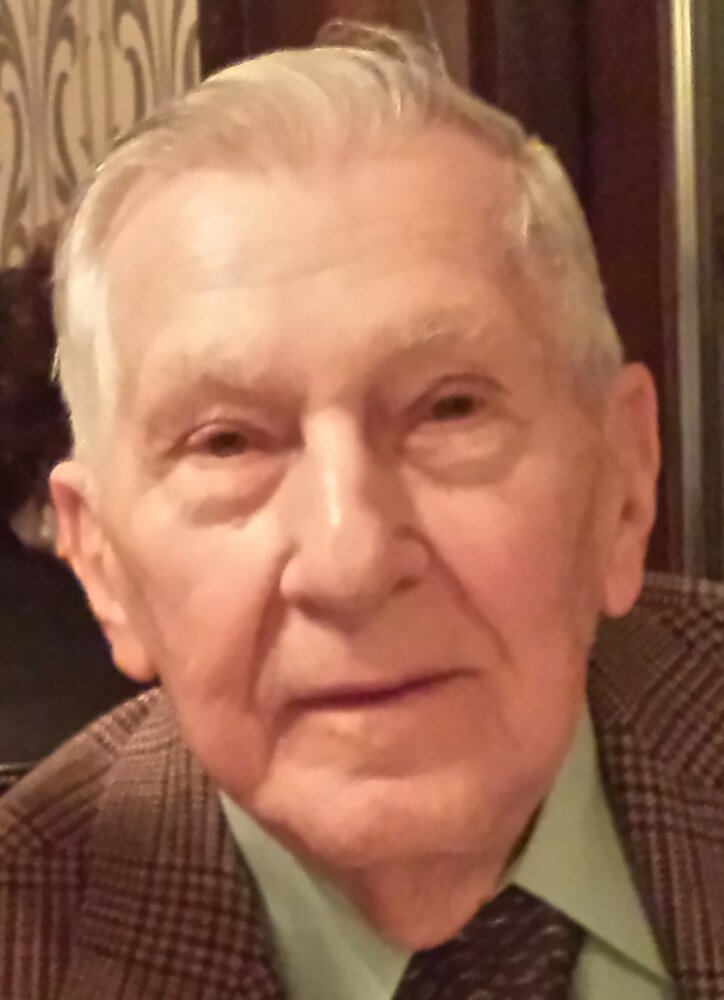 Please share a memory of James to include in a keepsake book for family and friends.
View Tribute Book
James J. Mikusi, Sr., 96, of Somerset, passed away Wednesday, September 15, 2021 at the New Jersey Veterans Memorial Home in Edison. Mr. Mikusi was born in Perth Amboy to the late Frank and Anna (nee Toth) Mikusi and lived in Hopelawn, Fords and Woodbridge before moving to Somerset sixteen years ago. Jim was a US Army Air Corps Veteran who served as an aerial gunner on a B-17 in the European theater during World War II. He served time as a Prisoner of War after his aircraft was shot down over Germany on his thirty fifth and final combat mission. After the war, Jim received a degree from Rutgers University and was employed as an industrial engineer by General Cable Corp in Perth Amboy for forty-three years, spending much of his time overseas in South America and Spain. After his retirement in 1988, he enjoyed attending Rutgers football games and going on long cruises. When he was home, he loved playing cards with his friends in the Somerset Run community. He was a member of many veteran's organizations including the American Ex-Prisoners of War, the 8th Air Force Historical Association, the 447th Bomb Group Association, the VFW (charter member of Hopelawn Post 1352), and the Catholic War Veterans. He was also a member of the Woodbridge Township Historical Association, serving as its President in 2004. Mr. Mikusi was a former member of the St. James Church in Woodbridge and more recently a member of the Our Lady of Mercy Church in South Bound Brook. He was predeceased by his son James Jr. in 2014, two sisters, Anna Zupko in 1990 and Mary Alfonse in 2014, his brother Frank in 2007 and his nephew, USN Commander Frank C. Mikusi in 2015. He is survived by his loving daughter, Corrine Trippetti and her husband Robert of Columbus, and many dear nieces and nephews. Funeral services will be held Saturday 9:00 am at the Mitruska Funeral Home, 531 New Brunswick Ave., Fords. Followed by a 9:30 am mass in the Our Lady of Peace Church in Fords. Interment will follow in the Our Lady of Hungary Cemetery also in Fords. Visitation hours will be held Friday from 2-4 & 7-9 pm. Memorial donations may be made to the Wounded Warrior Project, P.O. Box 758516, Topeka, Kansas 66675-8516.
Print
Friday
24
September