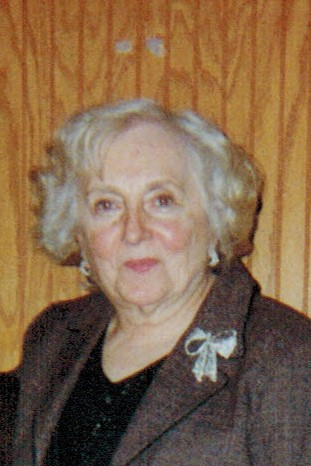 Please share a memory of Catherine to include in a keepsake book for family and friends.
View Tribute Book
Catherine Loretta Scalone, 80, of Englishtown, passed away Sunday, January 16, 2022 at the Brandywine Living at Governors Crossing - ALR in Englishtown. Mrs. Scalone was born in Perth Amboy to the late William and Elizabeth Palinkas and had lived in Union Beach before moving to Englishtown. She was employed as a secretary for Jacobson, Goldfarb and Tanzman Real Estate in Perth Amboy before retiring in 1964. She was a member of the Holy Family Church in Union Beach. Catherine was predeceased by her husband Joseph J. Scalone Jr. in 2002, her son Joseph J. Scalone III also in 2002, her sister Marie Dolores Borkowski in 2006 and her brother William Palinkas in 2015. Surviving are her nieces: Deborah, Joanne and Sherry, nephews; Joseph,James and Billy, great nephews; Patrick and Christopher and a great niece Julianne. Visitation will be held Monday from 8 am to 9 am at the Mitruska Funeral Home, 531 New Brunswick Ave. in Fords. Followed by a 10 am Mass in the Holy Family RC Church in Keyport. Entombment will follow in the Green Grove Cemetery in Keyport. In lieu of flowers, memorial donations may be made to the CDLS- Cornelia DeLange Syndrome Foundation, 30 Tower Lane, Suite 400, Avon CT or through the website at cdlsusa.org.
Monday
24
January