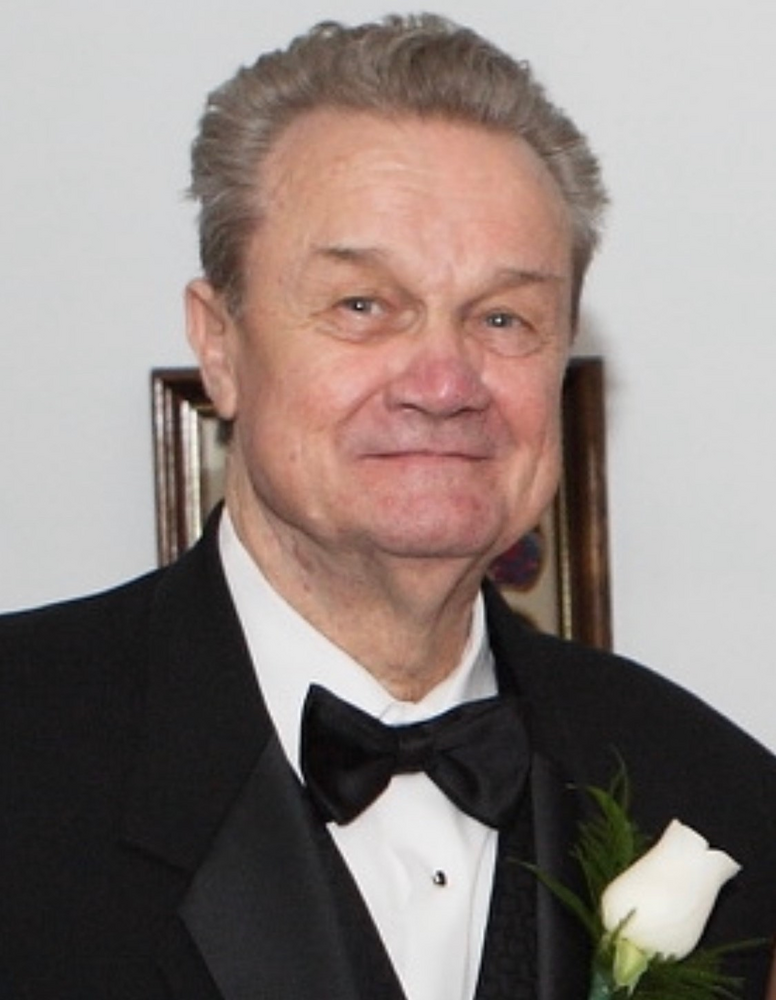 Please share a memory of Stanley to include in a keepsake book for family and friends.
View Tribute Book
Stanley M. Geardino, Sr. of Fords, NJ, passed away unexpectantly at his home early Thursday afternoon, May 19, 2022, at the of age 87, where he lived with his daughter Ruthe. He was born in Metuchen but raised on Almon Avenue in Woodbridge. He attended St. James School followed by Woodbridge High School. He was an industrious man and in his early pre-teens he had a paper route delivering newspapers in his neighborhood after school, as a teen worked for Stanley Straego Movers in Perth Amboy while they still used horse and cart. He then worked for Revlon Cosmetics preparing and mixing batches for lipsticks, and Security Steel Equipment Corp. in Avenel where he manufactured metal desks and filing cabinets. He also worked for Geardino Builders, with his father, where he and his brothers help build many custom homes in the surrounding towns. He worked nights and weekends at Teddy's Service Center, a Sunoco gas and auto repair station owned by his brother Ted, at the corner of Main and Fulton Sts. in Woodbridge, until 1976. In 1954 Stanley joined the New Jersey Army National Guard, and served in Co. A 252 Tank Battalion until he was honorably discharged in 1958. He then joined the US Army Reserves serving an additional four years and was honorably discharged in 1962. He was very patriotic and proud of the time he served. In 1964 he joined the New York City District Council Carpenters Welfare Fund, Dock Builders Local 1556 and worked for Ratto Construction Company from Upper Saddle River, NJ. If you have driven on US Rt 1, 18, 287 or Rt 3, 9, and 17, just to name a few, you have driven up a ramp or over a bridge that he built for you! These ramps and bridges eliminated having to stop at a traffic light where major roads met and crossed, and he helped shorten your commute. He was a member of the Italian American Club of Woodbridge until 1972 when the club was sold. He joined the Woodbridge Township GOP Club in 1970's and was a poll worker at every general and primary election day for over 40 years. He ran for and was elected over sixteen times as Town Committeeman of Fords. He was a founding officer of Geardino Brothers, LLC which was established in 1980 and became the CEO in 2006. In 1986 he and his wife along with their son Dennis opened Ultimate Auto Services, an Enrite gas station and auto repair shop on Rahway Avenue in Avenel. Following this, he worked with his wife in the distribution department of the Home News Tribune retiring 2013 at the age 79, after 23 years of service. Stanley loved music and learned to play the accordion when he was big enough to hold one on his lap. On Sundays at home and at the occasionally party, picnic, or holiday he would play polkas. Stanley loved playing with his grandchildren and great grandchildren and look forward to holiday's, birthdays, and BBQs when he could see everyone. He was always involved in a project, when he wasn't working on his own home, he was helping someone else. He and Ruth where big NY Yankee fans and enjoyed watching every game, and in his down time they would watch old western movies, but the two of them would start watching Christmas movies every July. He was always happy to see you and welcomed you with a smile; he will be missed by everyone who knew him. He married the love of his life, the former Ruth Reid on February 2, 1957; his wife predeceased him on November 24, 2020. Together they had five children; he is survived by Dino Geardino, Dennis Geardino who predeceased him on May 3, 2021, Ruthe Geardino (Arthur) Dando, Marie Geardino (Bruce) Keller, Stanley Geardino, Jr. (Sherry); a special former daughter-in-law Tina Lander Gray; six granddaughters, Jillian (John), Melissa (Michael), Chelsea, Rebecca, Darrian, and Alana; one grandson, Dashael; two great grandsons and a great granddaughter. Stanley is also predeceased by his parents Thomas M. and Anna A. (nee Marek) Geardino and the following siblings and spouses; Sara M. (Pascal) Stephens, Philip M. (Theresa) Geardino, Theodore B. Geardino, Thomas S. Gardino, Michael M. (Betty) Gardino, Ferdinando T. Geardino, Julia R. (Kenneth) Stachowski, Leonardo V. (Betty) Giardino. He is survived by his brother Thomas P. (Joan) Geardino; sister-in-law's, Mary (Ted) and Mildred (Fred) Geardino; numerous cousins, nephews, and nieces; great and great-great nieces and nephews. Funeral arrangements by Mitruska Funeral Home, 531 New Brunswick a Fords, NJ. Visitation will be on Friday, May 27, 2022, from 7:00 - 9:00 pm. Online condolences by be made at www.mitruskafuneralhome.com. Funeral services will be at Mitruska Funeral Home at 10:00 am on Saturday, May 28, 2022. Graveside Catholic prayer services by Our Lady of Peace Church Parish, followed by full military honors at St. Stephens Cemetery, Keasbey, NJ. In lieu of flowers, memorial donations may be made to his favorite charity, St. Jude Children's Research Hospital, 501 St Jude Place, Memphis, TN 38105-1942, (www.stjude.org).
Friday
27
May

Share Your Memory of
Stanley
Upload Your Memory View All Memories
Be the first to upload a memory!
Share A Memory
Plant a Tree